I had my first game of Dux Britanniarum with Bryan this weekend. I may post some photos I took of the game in progress on Bryan's nice new custom terrain board, but I don't have them ready quite yet.

One thing that became clear in the process of playing is that using some movement stands for my miniatures would speed things up a great deal. When you're shuffling 5 groups of 6 figures around, that's a lot of fiddly little men to have to deal with. 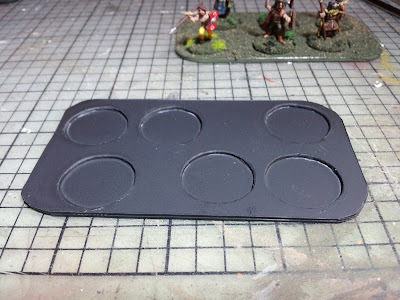 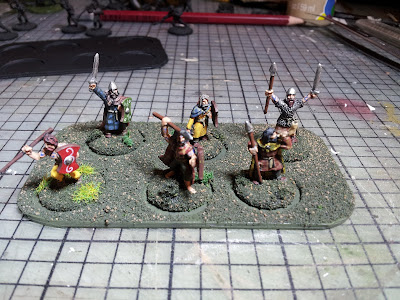 I got a 3/4" drill bit and used some styrene card to make 6 of these stands. I won't say the process was fun, as cutting the holes was really fiddly and clumsy, and I ended up with a lap-full of tiny plastic shreds that stick to everything with static. Hopefully they will be useful though.
Posted by cam at 11:03