I have completed some support options for my 28mm Bolt Action forces. As always, I'm super happy with the figures and I think they look fantastic when they have been painted and based.

First, a mortar team for the Germans: 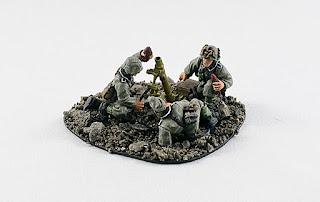 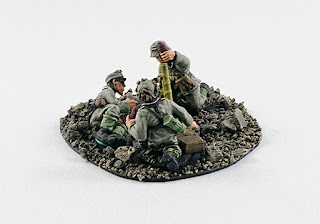 And of course, the Germans can't have a mortar unless I give one to the Canadians as well... it wouldn't be fair! 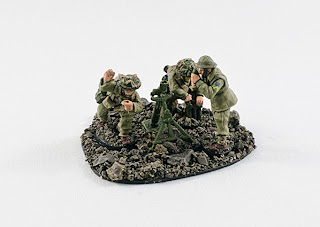 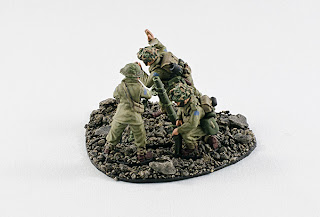 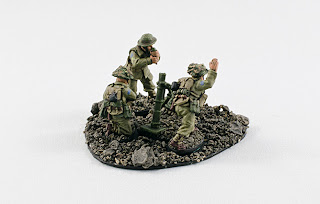 With these models, unlike the Canadian Vickers MMG I painted a while ago, I have created a textured base for them to live on. The figures are just stuck on with blue-tac right now, so if they need to rearrange in order to fit into a narrow space on the table, I can do that easily. The bases turned out nicer than I thought they would, and I may still add some details, like the crew's small arms and other things.

Also, since I don't yet quite know how I am going to use these guys from an organizational standpoint, I didn't give them the full insignia that I've done on my other models.

Next, I painted up a Nebelwerfer rocket launcher and crew: 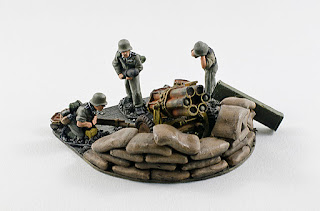 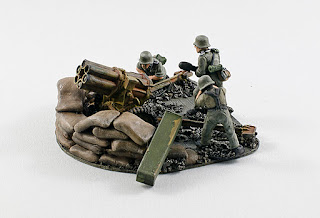 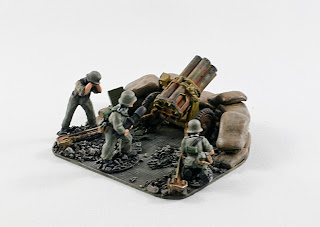 The plan for this model is to use it more as an objective (silence that gun!) than as working artillery. Rocket artillery would never have been used (I don't think could have been used) at the ranges represented in a 28mm game on a 4x4 table. I will likely design a scenario around it.


And finally, one of the sexiest beasts of the war, the SdKfz 234 Puma armoured car: 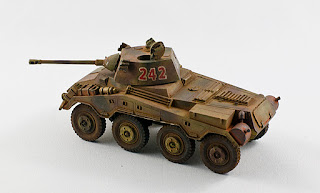 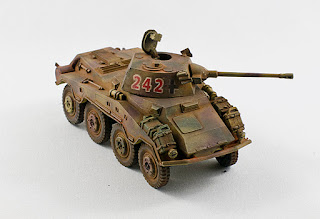 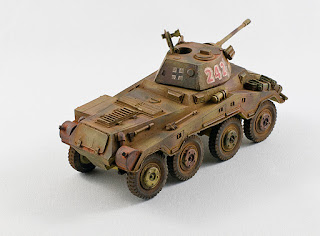 The Puma was fairly heavily armed for an armored car, packing enough heat (but not HEAT) to be a threat to some of the more lightly-armoured Allied vehicles, if not tanks.

The Bolt Action Puma was a lot of fun to build and paint, especially the weathering, though I wish I had done something different with the transfers... the 'transparent' part of the transfers is anything but, as you can see from the photos.