On Sunday my rpg group and I finished off our Low Life campaign, which has been running for about a year. In that time we had a load of silly, flatulent adventures and the group got to meet a broad cast of ridiculous characters.

I had hoped that the Low Life miniatures line, which I bought into on Kickstarter, would be in my hands by the time we started the game. As it turns out, a year later and with the game now finished, I have only received a small portion of miniatures I paid for. I don't think I'm being slowly ripped off, and I'm confident I will get my figures eventually, but it's too late to use them in my game now.

Anyway, here are some of the miniatures I received that fit a slot in the game, and which I* painted up:

Grace played a Cremefillian descended from ancient Snowball stock, and so there wasn't an appropriate miniature for her. Instead, she needle felted one for her Cremefillian and her pet Contanimatronic Minion: 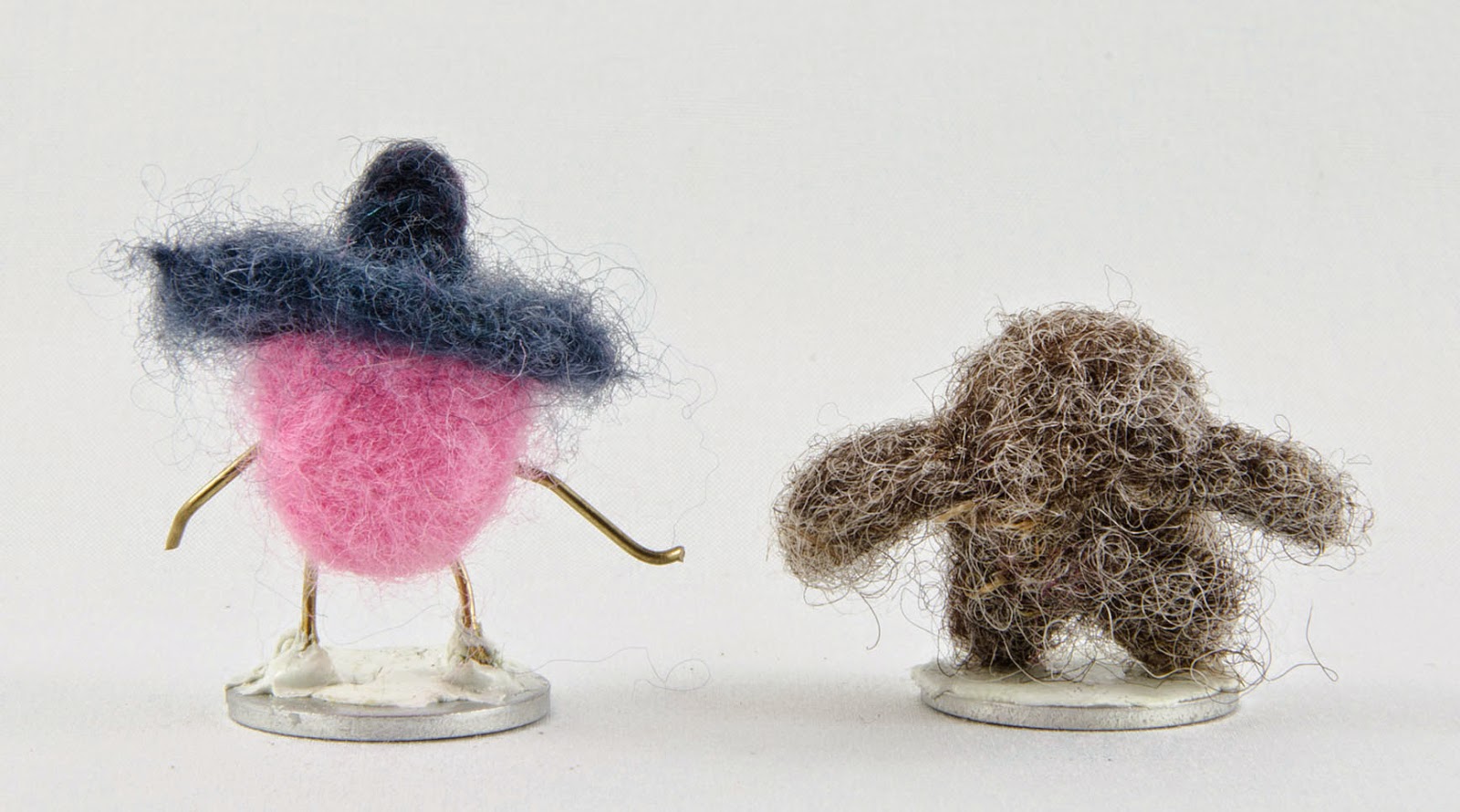 I'm sorry to see Low Life come to an end, because we had a blast playing it, but I think everybody was pretty much ready to move on to something new. Here's to the memory of MPB, Shae, Rectus, Ribcracka, Xozz, Shitsticks, and Rhinoceloptapus!
Posted by cam at 14:27