Months ago I ordered some Viking miniatures from Khurasan, and decided on a whim to add two packs of post-apocalyptic gangers to my order. The original idea I had was to use them as obstacles/scenery/danger-areas for Axles & Alloys, but I never got around to painting them while we were still doing A&A a lot. Dave, though, recently started running Other Dust, a post-apocalypse role playing game, for our group, so opportunity knocked again. I don't know if we'll be using them a lot, but they were a ton of fun to paint and I think they are really cool figures, so I'm not too worried. 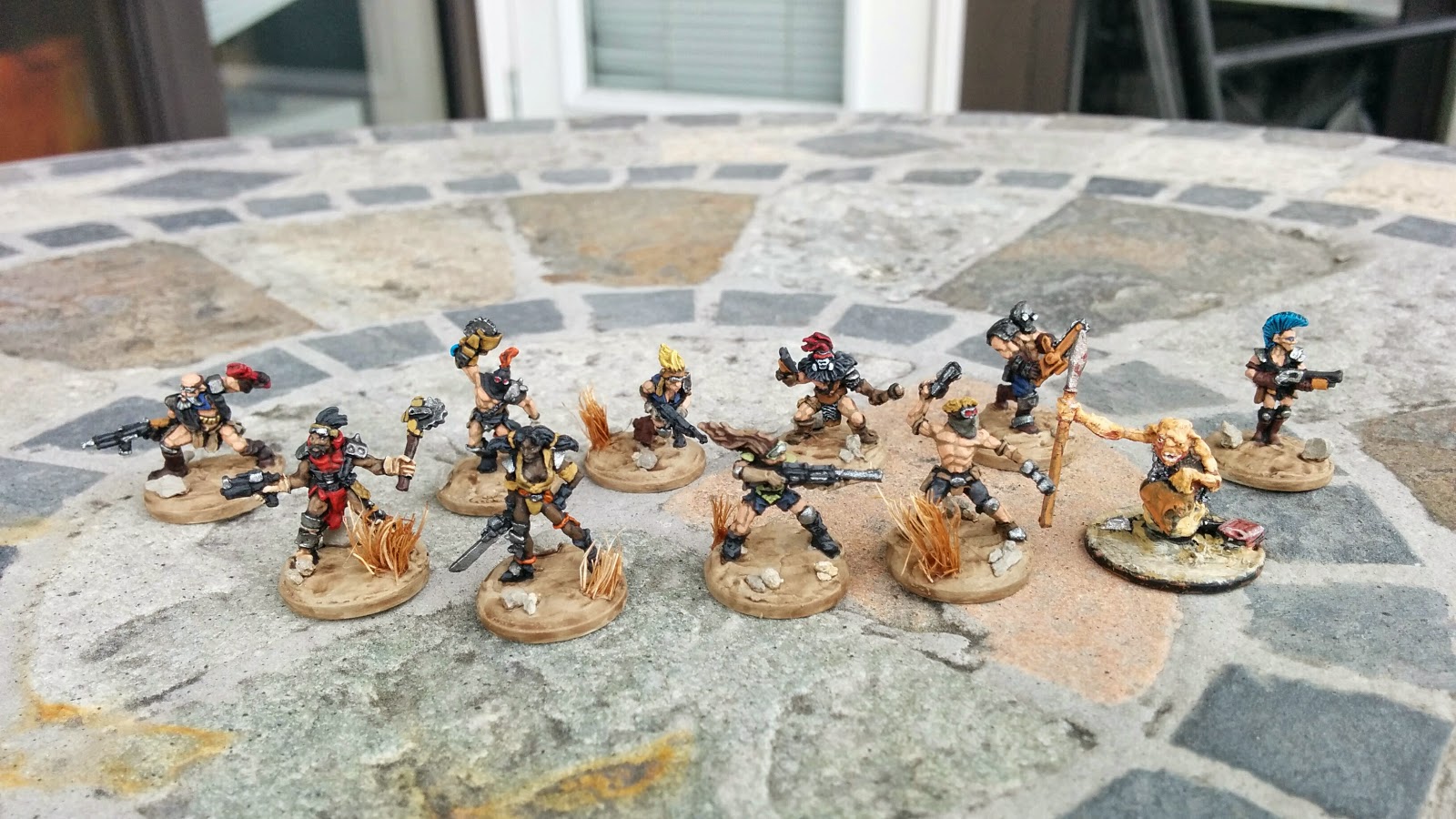 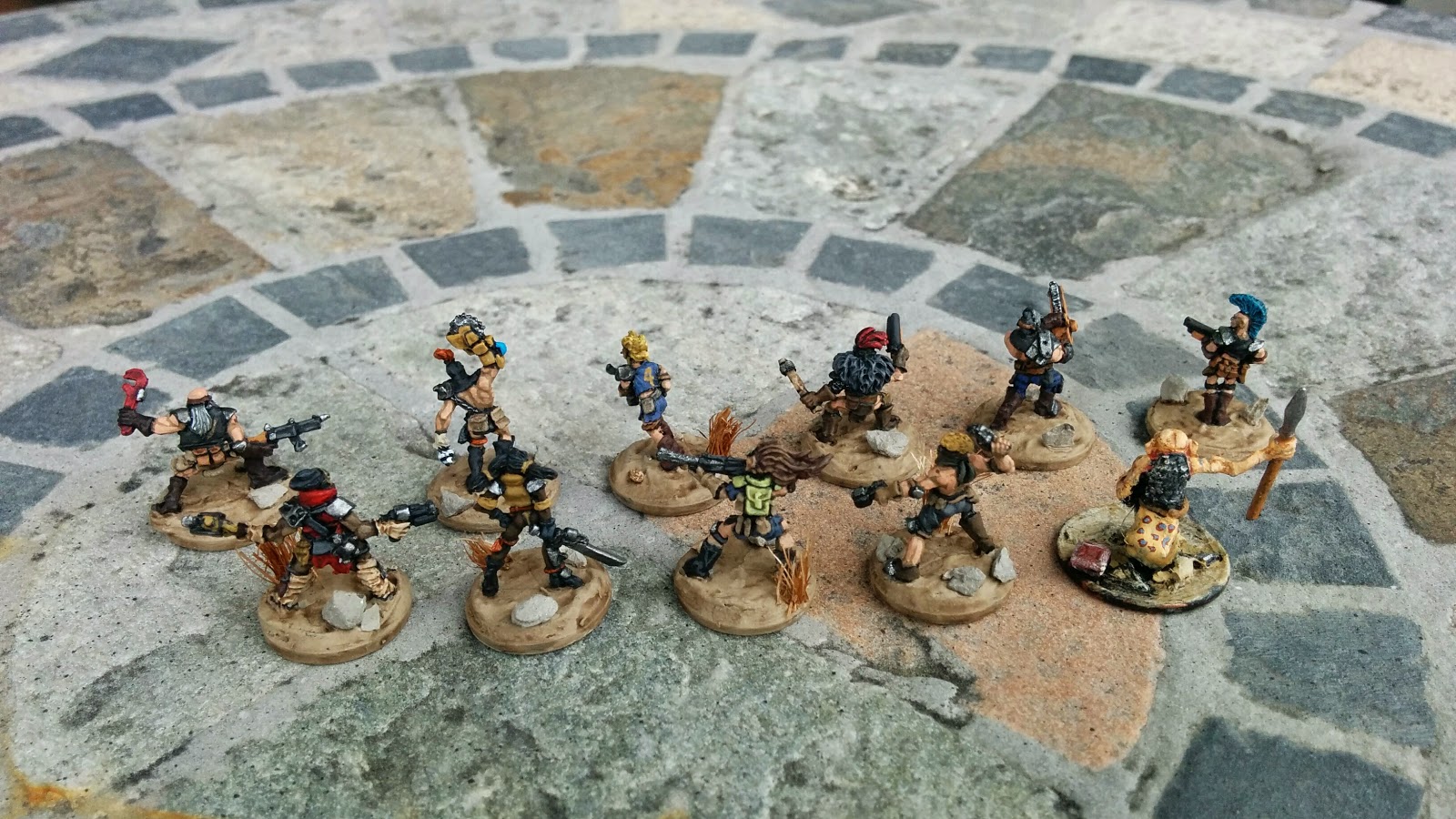 Also included is a figure kit-bashed and painted by Bryan - it's the one with the different base. He needed a different miniature because his character is a horrendously ugly mutant with a sort of sluggy body.
Posted by cam at 18:39