With their feet finally on dry land, the Okkulten Forschungabteilung and The Shadow moved inland, both groups intent on discovering the secret of Perilous Island for themselves. After only a few days of exploring, cries from the jungle brought Black Sascha and The Shadow to a clearing, where a shipwrecked sailor was about to be sacrificed to the dark gods of the islanders! Both teams sprang into action, hoping to snatch the sailor for their own purposes. 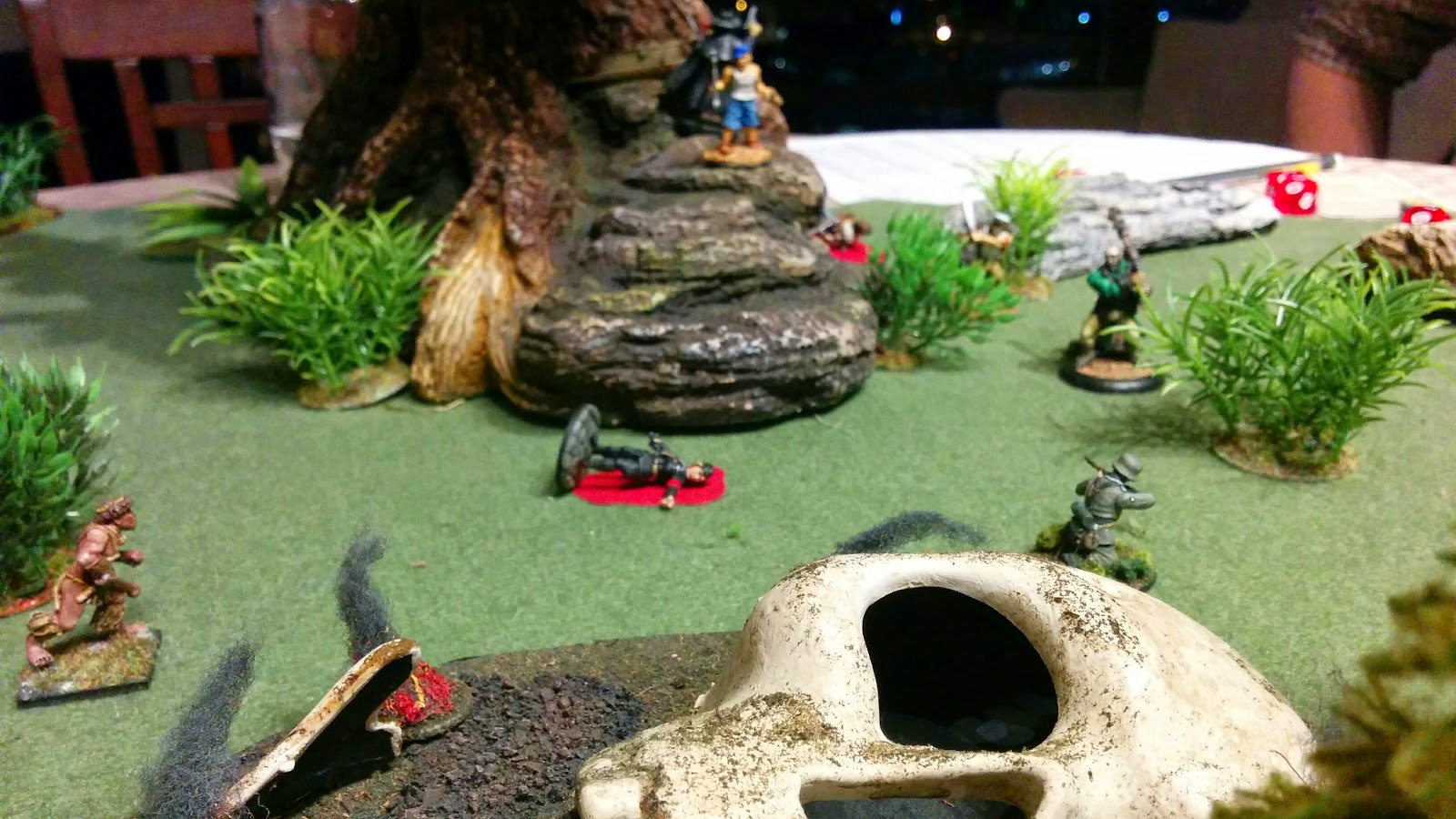 Another fun session of Pulp Alley. Bryan had terrible dice luck in the first half, but the tables turned in the latter half and I wasn't able to do any damage to his people. I had a card in reserve that would have allowed me to snatch the Mysterious Remains from Andre if I could have just knocked him down, but it wasn't happening. Bryan played well and nabbed the Major Plot Point right away, so fair play to him: dice aside, he had the better strategy!

We didn't end the game with any new pages of the Professor's journal, so we are no closer to moving on to the next stage, but maybe that's best - the scenarios in this section are harder than previous, so more experience wouldn't be amiss!
Posted by cam at 12:28