We had a new player join us for nerdnight, and she wanted to play a Martian. None of the people I play with had a suitable miniature, so I put out a call on the marketplace on TMP. One of the members, Bill, was kind enough to send me one of his High Martians, gratis. I painted it today, and he's ready to join the ranks of the Explorer's Society. Thanks, Bill! 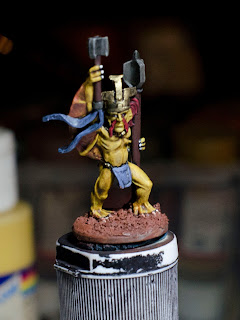 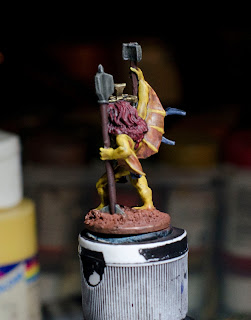 I had a game of Bolt Action with Jim yesterday. Here are some photos of his Americans attacking my German gun battery. 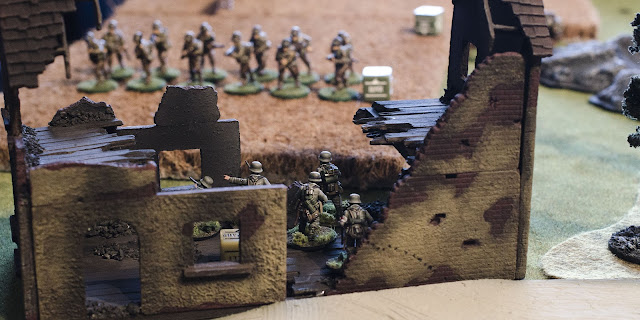 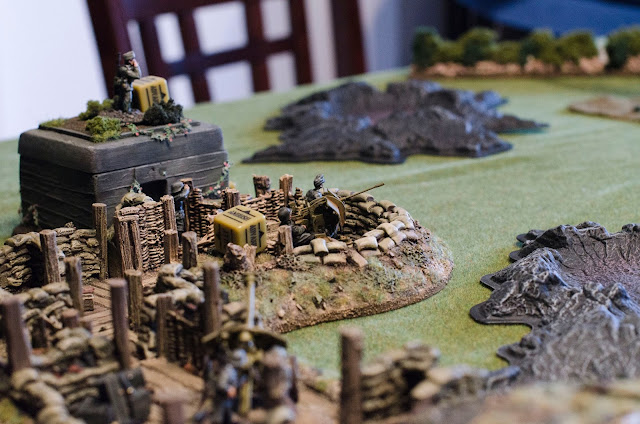 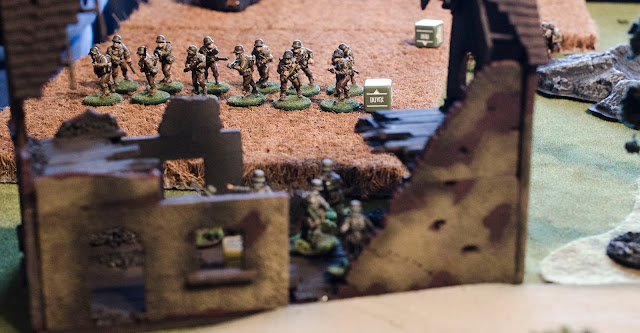 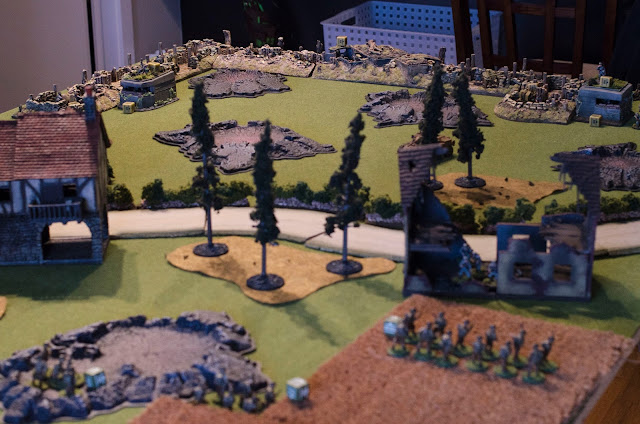 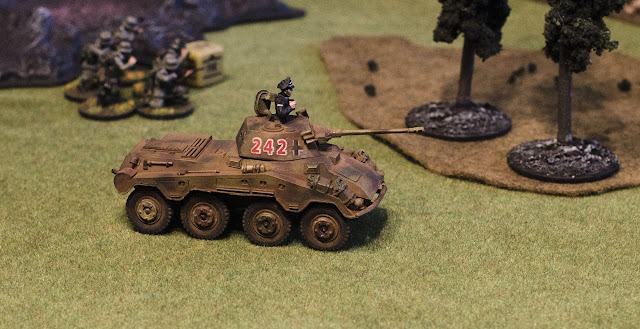 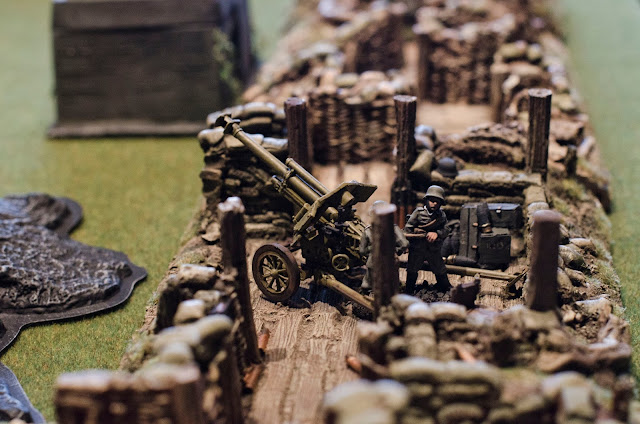 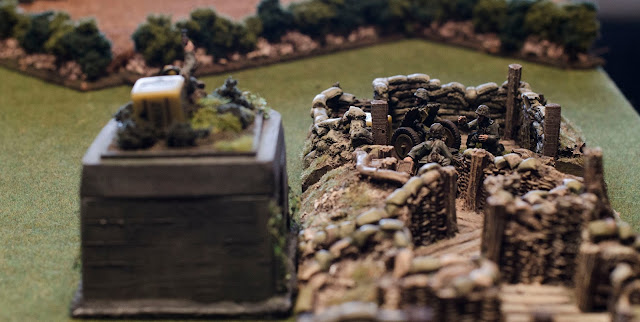 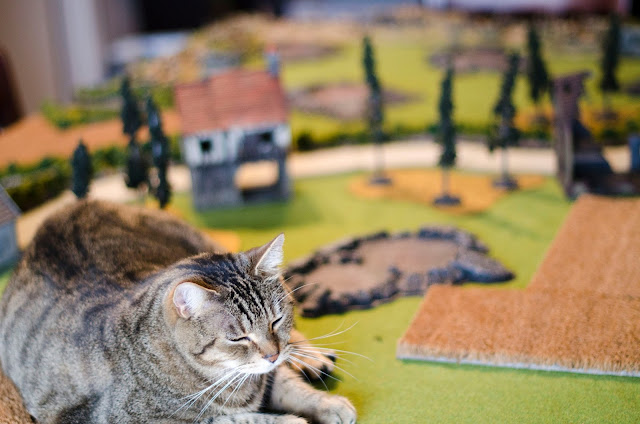 What the F is a Quar?

I have a bit of a strange history with the Quar. Several years ago I saw a painting - the cover of a game book or something, I couldn't quite remember which - with a group of strange, funny-but-sad looking little (alien? fantasy?) guys wearing WWI-ish kit, and packing strange rifles. I thought the painting was really cool when I saw it, and for some reason or other it stuck with me ever since. I tried finding the rules and miniatures again, but no luck: for some reason, Google doesn't return useful results when you type "cool painting I saw one time with weird anteater-looking guys with rifles."

Just a few months ago, following a link from TMP, I was looking at some new figures sold by Zombiesmith games, which I thought were very cool. I checked some of their other miniature lines, and imagine my delight when I found Songs Of Our Ancestors, the cover of which features the painting I remembered, and the Quar.

Long story short, I decided I had to have some. There are two games published by Zombiesmith to go with the miniatures, and I bought the Songs Of Our Ancestors book even though I don't know if I'll ever play the game. I wanted the art and the story and the painting guides. I also got 3 squads of Quar, from the Royalist, Crusader, and Partisan factions. If I ever do decide to play the game, I'll have a lot of options - though I'm already thinking about what I could add to the mix - Squirrel handlers? A cook with some pigs? Automatic shotgun? Cavalry?

The only downside to the saga is that it took 2 months (!) and several emails before I finally got them. Happily, if I want more, my local game store can get them, so I can avoid the pain of ordering them direct.

I've only had time to do half of one squad so far, but I'm pretty happy with the outcome.

And, of course, I had to try them out in my trenches. 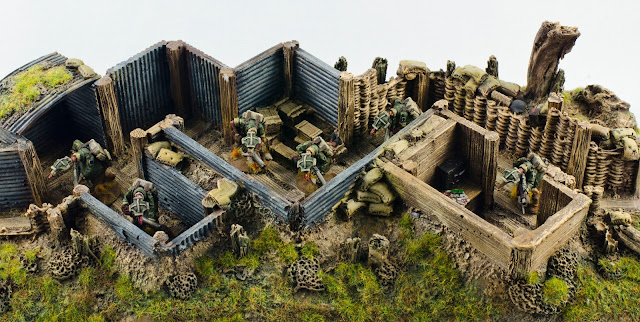 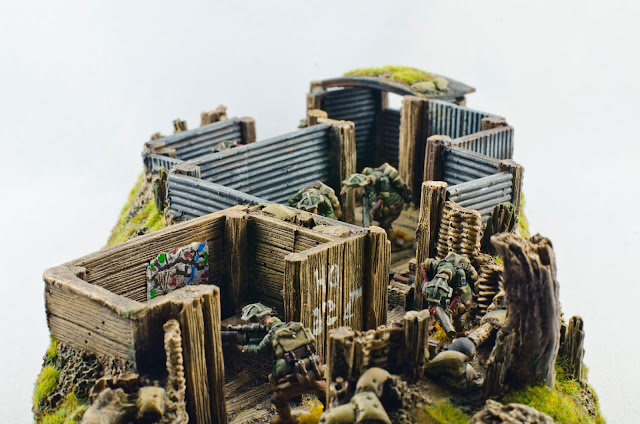 I finally managed to paint up some of the extra characters for my Afghanistan games. These guys will only come out when needed for specific scenarios, so they were low on my priority list, but now that I have them I can run some hostage-rescue and EOD-protection scenes. 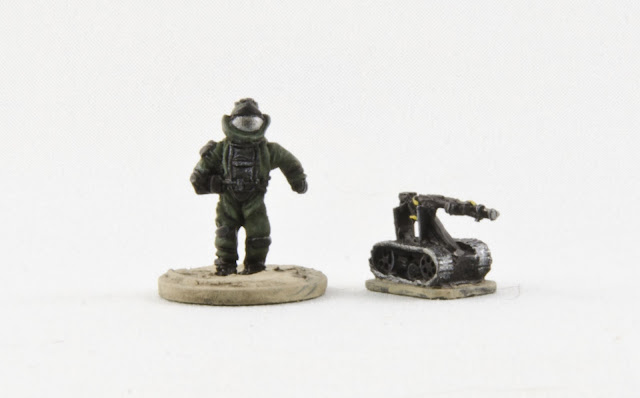 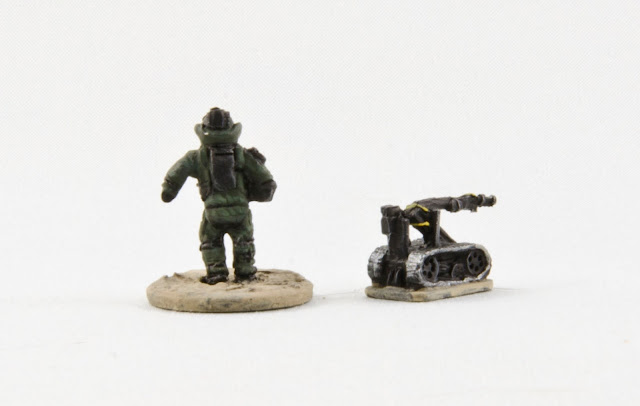 These guys are only part of the Peter Pig set, and they are really nice figures. I still need to do the robot controller and the IEDs. I was quite happy with these figures.

Still need to paint the bases, but these guys are almost there. The figures are from QRF. The sculpting quality of these minis is much lower than the EOD team - the kneeling guy, in particular, has a head that just looks like a blobby thumb sticking out of the top of his torso. Still, at 15mm it's obvious what they are supposed to be, so they will do the job.
Posted by cam at 20:37 1 comment:

I was able to find a 15mm-scale Blackhawk for my Afghanistan games. It's a plastic model kit made by Accurate Miniatures that I found on Ebay. It was easy enough to put together and paint. Being a plastic model kit, though, it's pretty flimsy for wargame use.

The flight stand is a magnetic sphere telescoping stand made by Cor Sec Engineering. 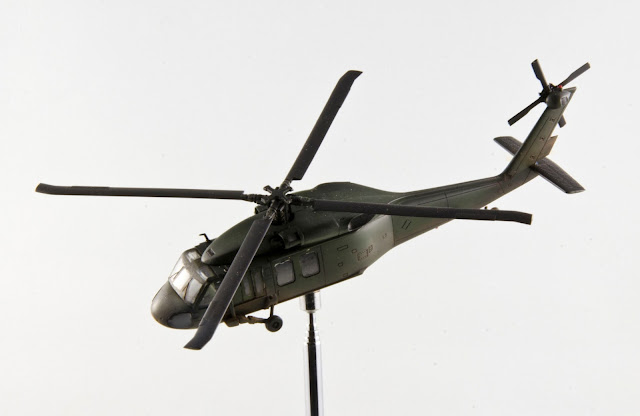 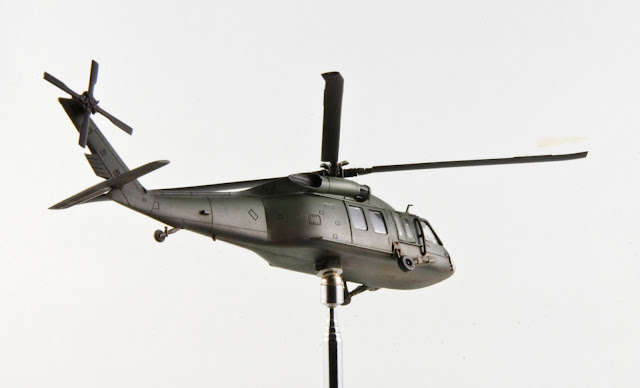 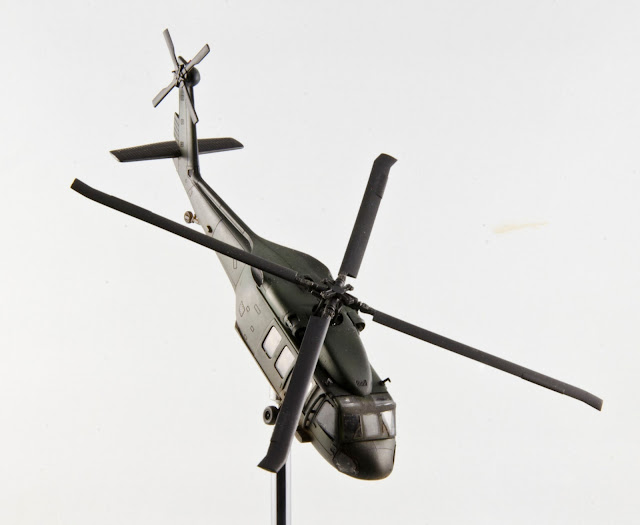