I spoke to a few people at Trumpeter Salute about starting a Force On Force campaign. I'm going to have to miss the May game night, but I would still like to start it up in June. I'll post more details later, but here's the basic idea:

- The campaign will centre around a (fictional) platoon of Canadian soldiers fighting the Taliban in Kandahar, Afghanistan, around 2006-7. We'll be using the Force On Force campaign rules.

- We'll be tracking the progress of the 'characters', not the players. So anyone can drop in for a game, or miss a game, or even switch sides from game to game if they like, without interrupting the continuity of the storyline.

- For the first little while, the games will be small. We may even be able to get in several games per session, depending how things work out. Later, the battles could get larger with more support options (like when I get my LAVs!!).

- I'll post AARs here, on my photo log, and on Facebook, in case people who aren't playing in the campaign are still interested in watching the progress (and/or decline) of the soldiers and the insurgency.

A few photos from Trumpeter Salute

Here are a few photos from my "Busy Day In Kandahar" game from Trumpeter Salute. Unfortunately the battery on my phone died before I could get any photos of the second game, "Bomber In The Bazaar."

Busy Day In Kandahar was notable mainly because it's the first time in any of my Force On Force games where the Coalition forces were able to eke out a win! We didn't play through the full 8 turns, but by the time we finished almost every Taliban fighter on the board was dead or had fled. Canadian fire was very effective, having wiped out both Taliban MG teams and one of their sniper teams in the first turn.

Another major factor in the game was Fog Of War cards, causing mayhem for both sides all over the board. I really like the cards. They add a lot of the unpredictable and random elements you read about, but which are hard to replicate in a game. Radio problems, IED and old Soviet mine strikes, interference from higher command, low ammo, random mobs of civilians, and all sorts of other events had a big influence on the game.

UPDATE: Courtesy of fellow Trumpeter Tony, here are some photos from the Bomber In The Bazaar game: 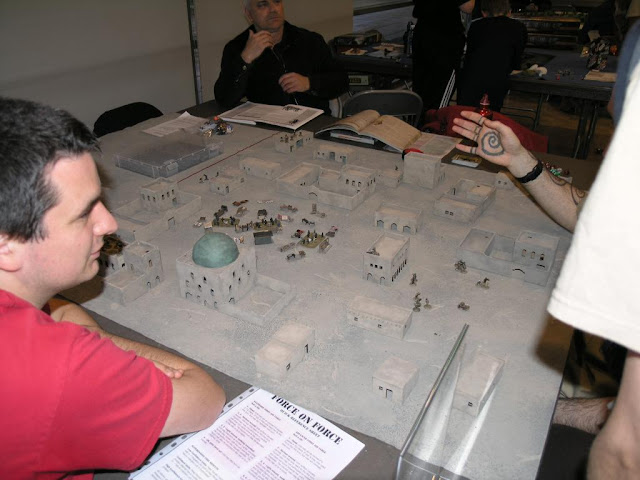 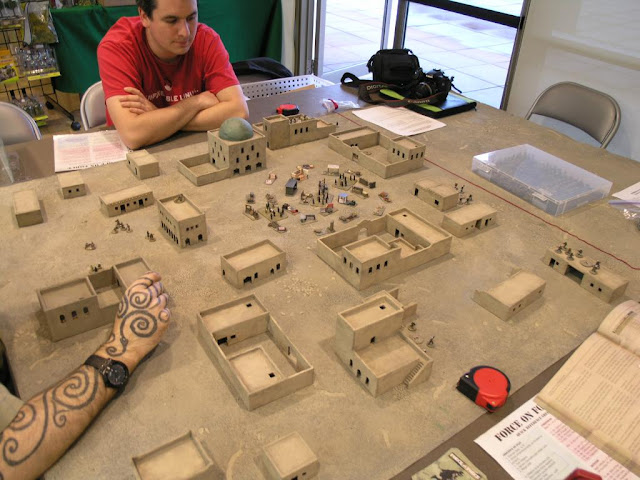 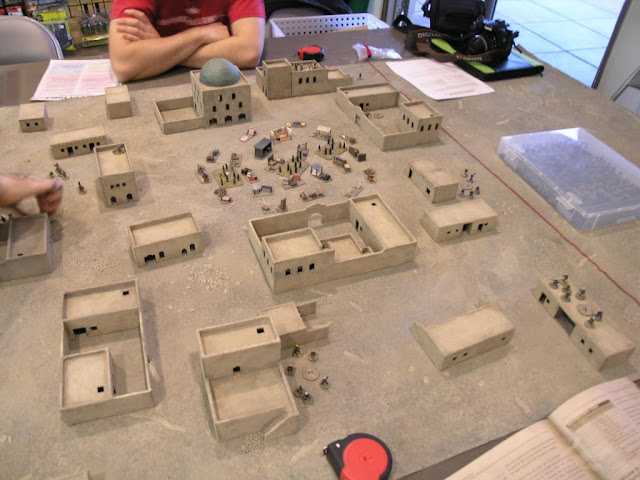