These pics have been sitting on my camera for more than a week, but better late than never I suppose!

I ran a game of Disposable Heroes at the last Trumpeter Society meeting, British Paras defending against a hard German push in Arnhem on Day 2 of Operation Market Garden. It seems that no matter how much I paint, there's always one or two more things that need to get done before I can fill the rosters for the scenarios I want to run, so I was busy the week leading up to game night. This time it was some German support. 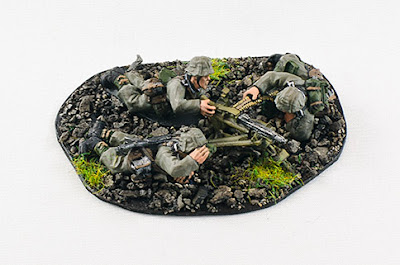 I decided with this team, unlike my mortars and other HMG teams, to dispense with futzing around with blue-tacking the minis to the base on the off chance that I want to put them somewhere too restricted for the full team base. These guys are permanently welded on. 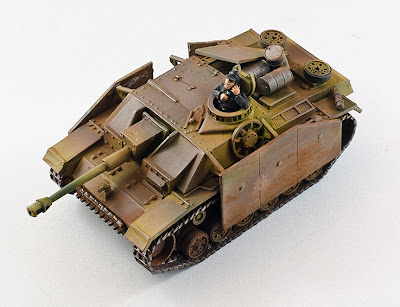 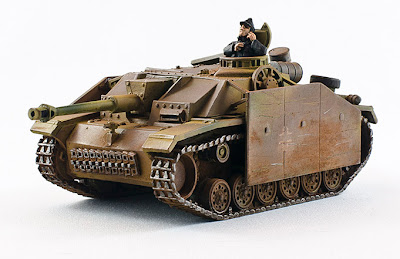 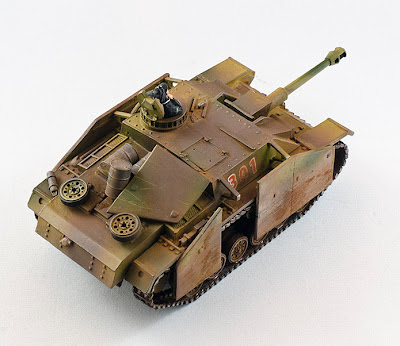 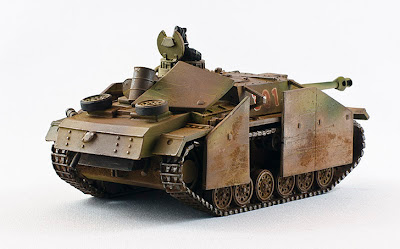 This one was a bit of a rush job (as rush a job as an airbrushed model with pigment dust can be), but I'm really happy with the result, especially when sitting in a light box and viewed through the magic eye of my camera. It's another really nice Bolt Action model. I'm impressed at how solid the schurtzen feel, so much better than my 15mm FoW Panzer IVs, which feel like they are going to crumble to dust in your hand. They are way, way too thick to be properly in-scale, but they need to be able to withstand the rigors of game night.

I have been reading a lot of AFV modeling websites lately in advance of starting on my 1/35th Tiger, so there are a lot of places where I could have poured my life into more detail and better weathering, but it's a game model and most of that disappears at game-viewing distance anyway.
Posted by cam at 19:28