It has been a long time since I have posted anything here, mainly because I've spent the last several months doing nothing hobby-wise except assembling my next 1/35 plastic model kit. 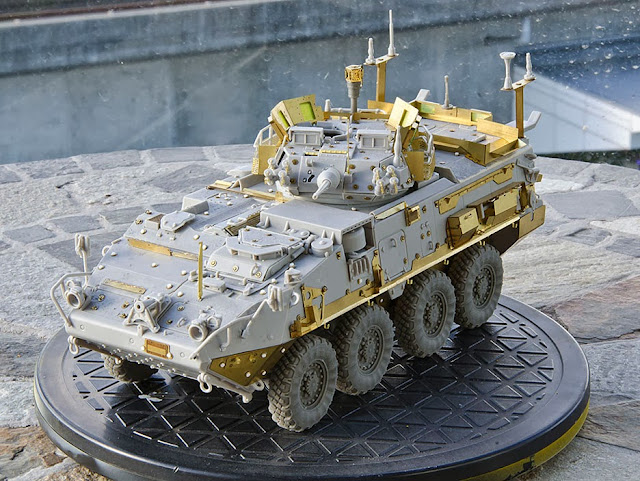 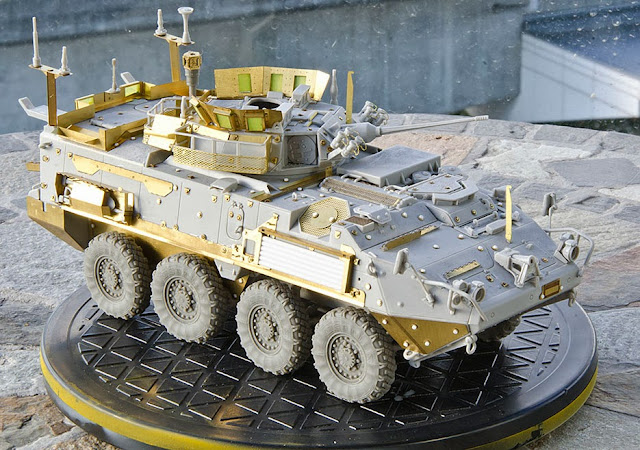 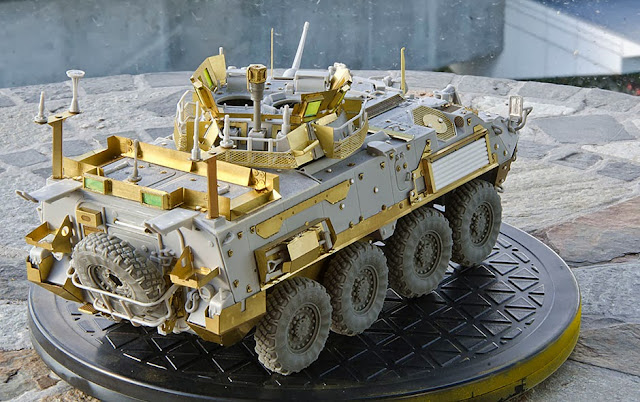 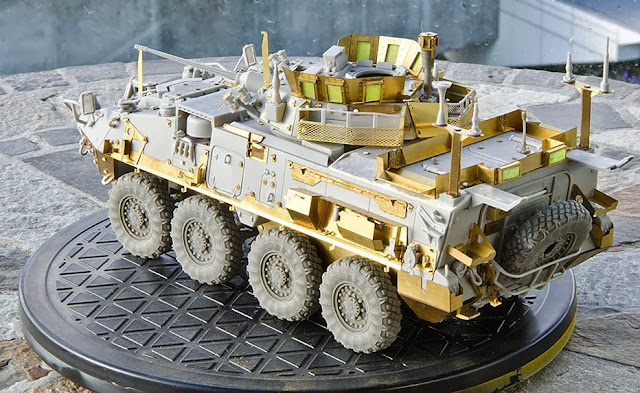 I thought that doing the Tiger with the photo-etched metal add-on had prepared me for intense model building, but this one has taken me far longer than building the Tiger did. Not only are there a lot of key, structural details that are made with PE, but tons and tons of tiny details like washers and bolts and almost-microscopic cleats for strapping on stowage. Add to that the fact that the model was very complex to begin with, and that I had to do a lot of modification to the base plastic kit, and it goes some way to explaining why I have been working on just the assembly for so long.

The modifications I had to make to the base model kit were:

-reducing the size of the rear basket on the turret;

-adding non-skid treatment to the upper surfaces of the hull

When those were done, I could start adding all the PE details. The detail kit I got was a mixed bag - a lot of the bits are really nice and well-done, and necessary to update the LAV to the period I wanted to work on, but there were a lot of problems too. The instructions were decent, but I had to refer to photos of models done by other people to figure out how to use some of the parts. Several parts were mislabelled in the instructions. There were quite a few unused pieces left on the photoetch frets, which isn't a problem, but there were also several pieces missing from the frets which were called for in the instructions. Not least among the missing pieces were bolt-heads to go on top of the PE washers all over the hull; I had about half as many as I needed, so I had to make my own out of thinly-sliced styrene rod, and they won't match to the PE bolts.

The resin pieces that came with the kit were about what I expected: highly detailed but fragile. The inner hub of the spare wheel broke while I was cleaning off the flash, coming apart under the gentlest pressure.

I have several more parts to add after painting, which are not shown in these photos: turret hatches, stowage, the turret MG (a model kit in itself) and four figures: two for the turret, and two standing outside (again, a medium-sized project in their own right).

Next stop: primer and base coat.