Pulpocalypse: The Sons Of Atom

I posted an in-progress photo of a couple of these guys earlier, but here's the whole batch. They are Khurasan 15mm figures, and I think they are great. Every one is different and has his or her own particular mutation. 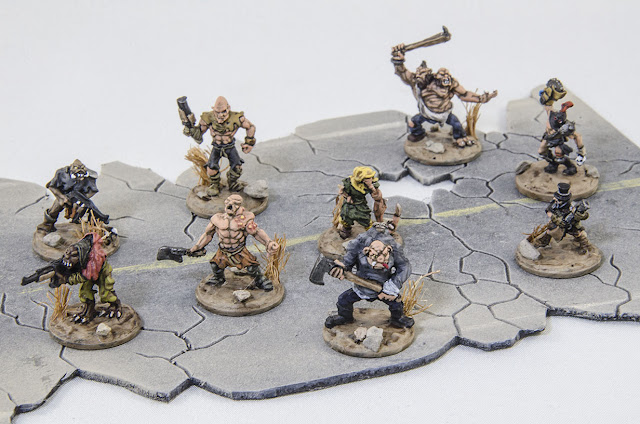 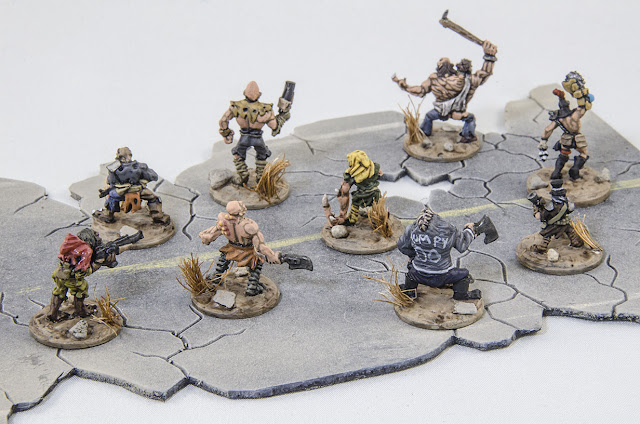 And here is the Pulp Alley roster I made for the group. Baron Sunday is the short guy in the top hat; PepNChed is the two-headed guy in the back; Chompy is the guy with tusks in the back left; Springheel Jack is the one wearing red and yellow; Humpy is the guy in the front with the hump back (and the shirt with his name on it); Zits is the muscly guy with the gross tumors; and Slick William is the tentacle-armed guy in the center. There are a couple of muties left without a spot in the team, but they can be brought in as allies or reinforcements or whatever they're called in Pulp Alley. 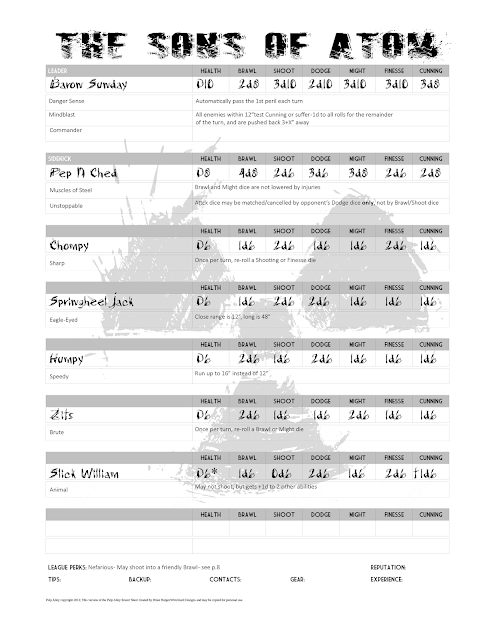