I suppose these guys aren't necessarily post-apocalyptic, but I thought they looked cool and they will fit well enough. Besides, there's always room for elite cyborg warriors in the wasteland.

Were they created by a megalomaniacal genius bent on revenge? Are they remnants of a pre-war military project? The vanguard of an invading alien species?  Who knows? 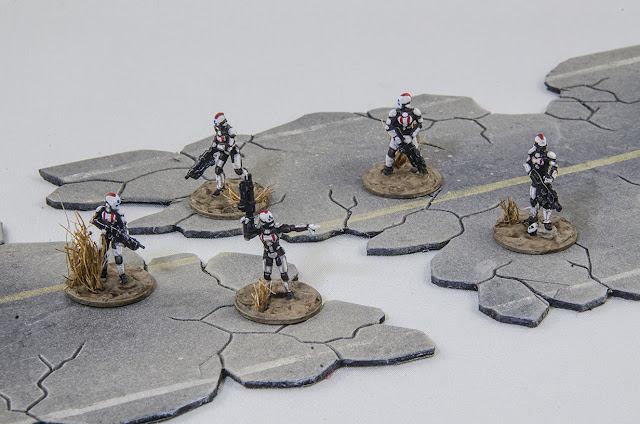 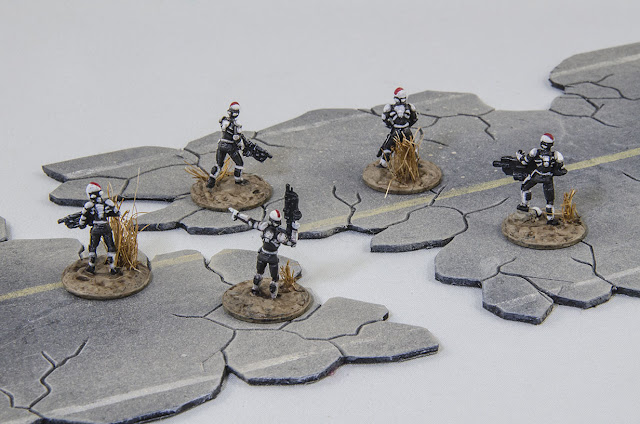 In Pulp Alley terms they whole team has the 'flying' ability, which allows them to move 16" on the table, ignoring intervening terrain. That will be a huge advantage when trying to capture plot points, but they pay for it in having a small team with only two really strong team members. 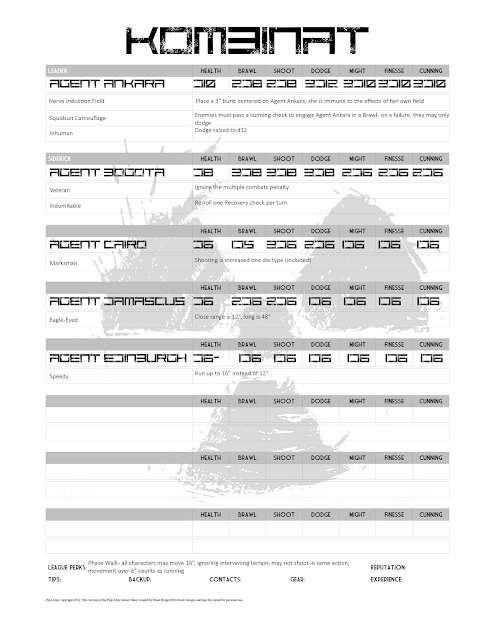