Perilous Island: Landfall in the Lagoon Of Terror!

This weekend Bryan and I were finally able to get our Pulp Alley leagues to set foot on Perilous Island! Having fought across the world to get here, we decided to call a truce and just sat back with coconut drinks and the beach and relaxed and nothing horrible or violent happened at all...

Meanwhile, back Pulp Alley reality, we landed on Perilous Island in a shipwreck, and had to brave the dangers of the island and the Terror of the Lagoon, not to mention each other.


The Lagoon of Terror scenario has us at the edge of a (wait for it...) lagoon following the wreck of our ship. The Major Plot Point, the journal pages, are on the ship wreck, while the others are placed by the players. A jug of special juice is lost in the cave, the rocks just left of centre contain a Perilium deposit, a native fisherman stands on the outcropping in the centre of the board, and a set of Mysterious Remains lie out in the open on the right. 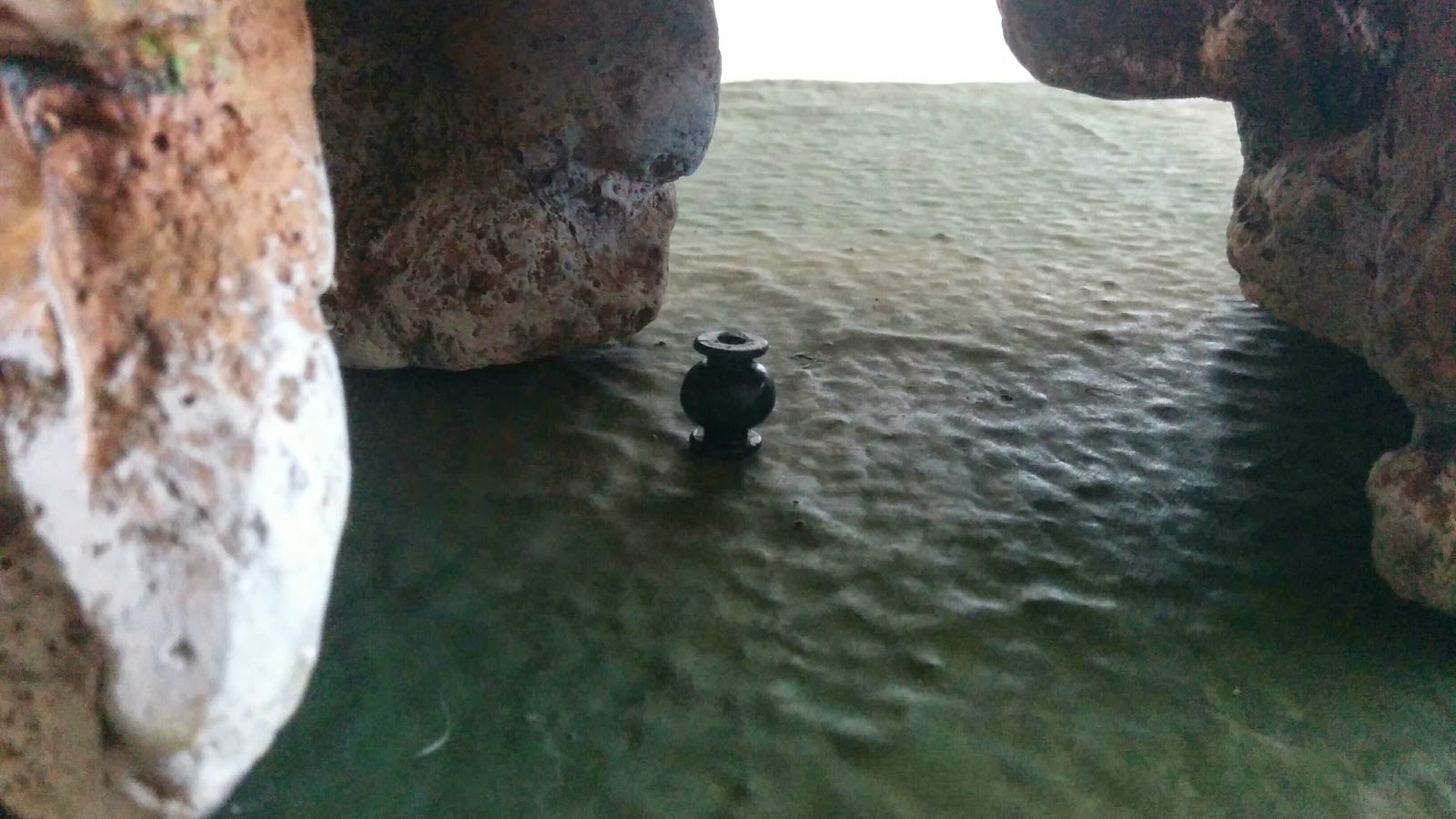 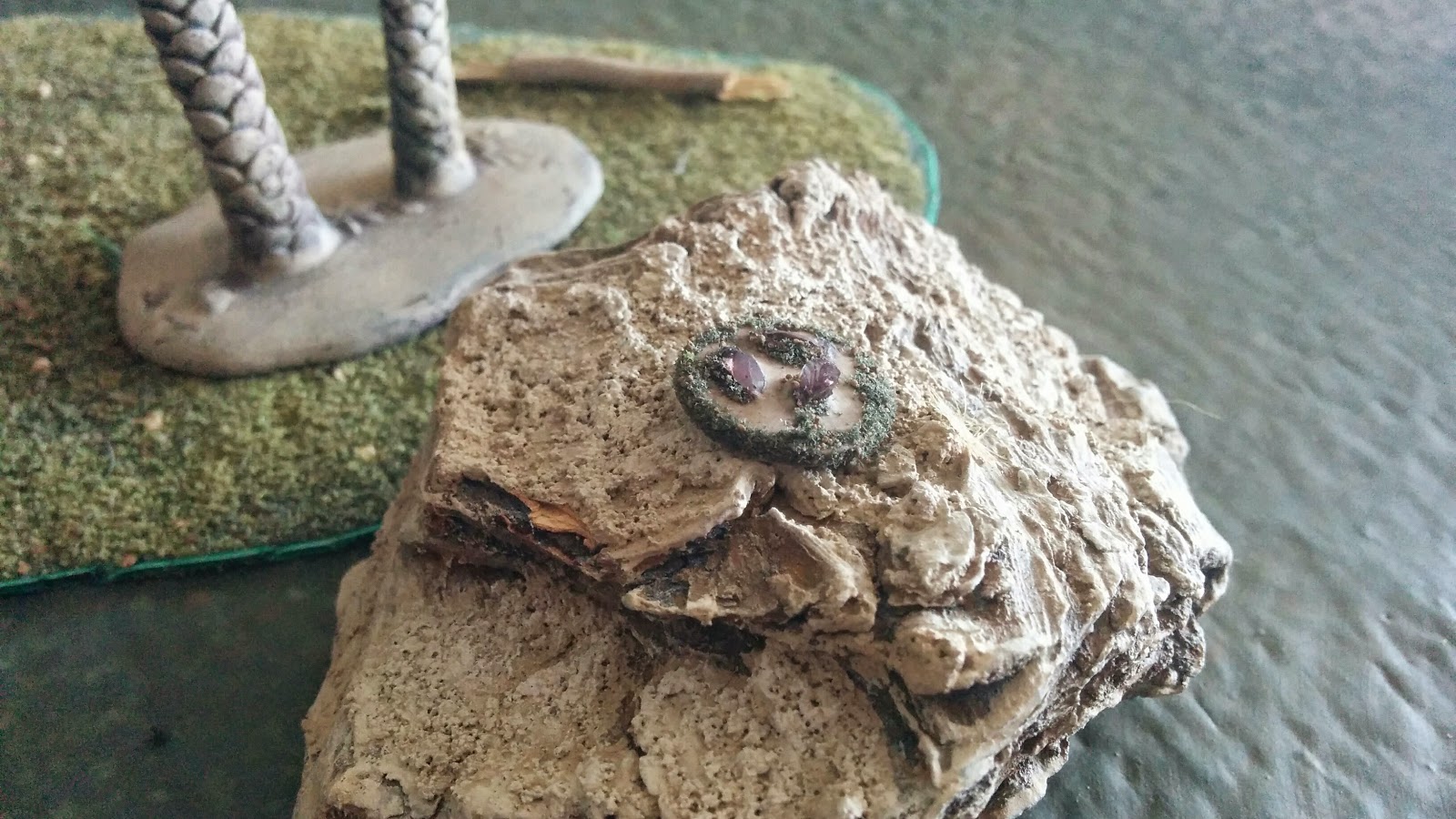 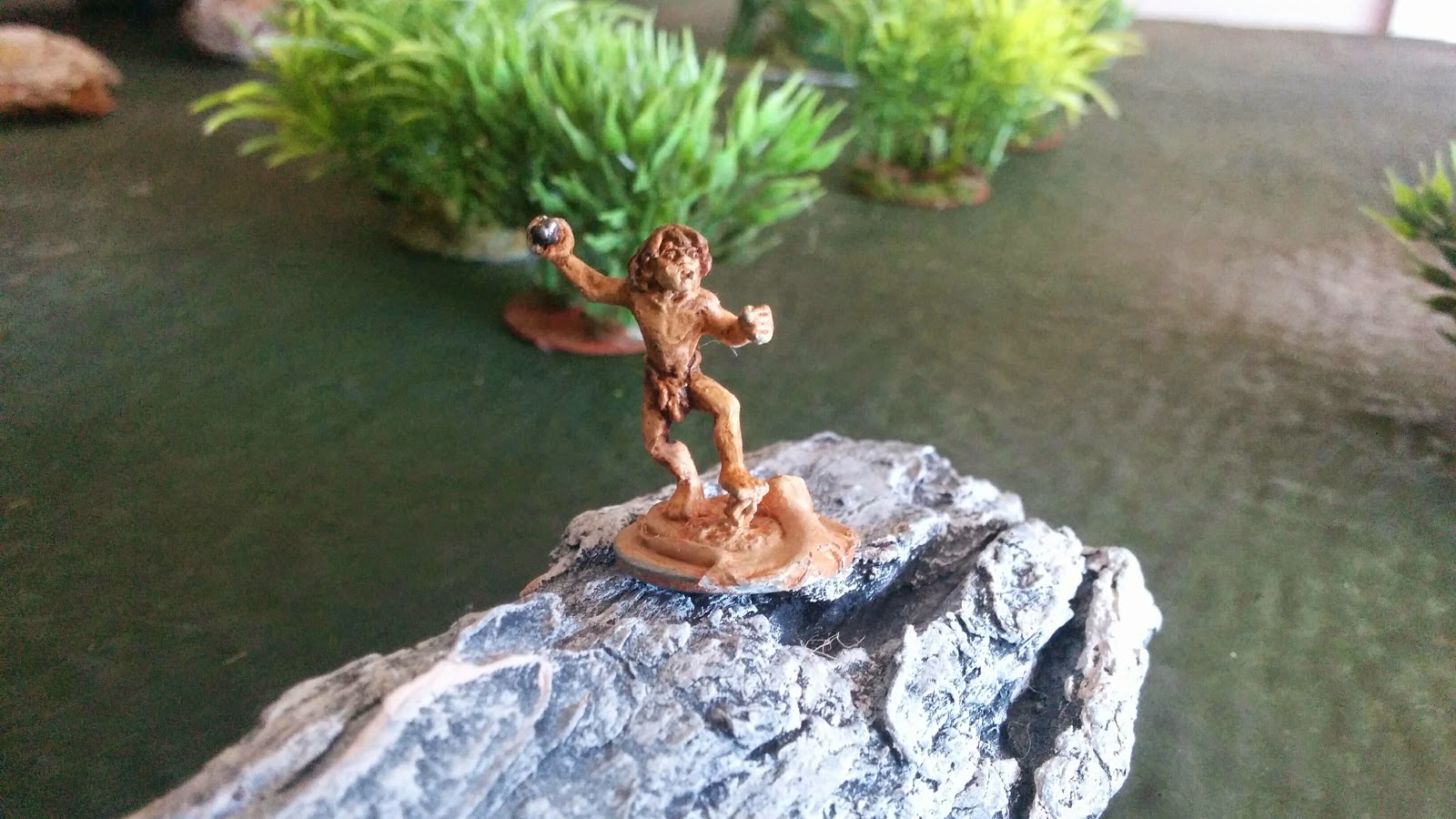 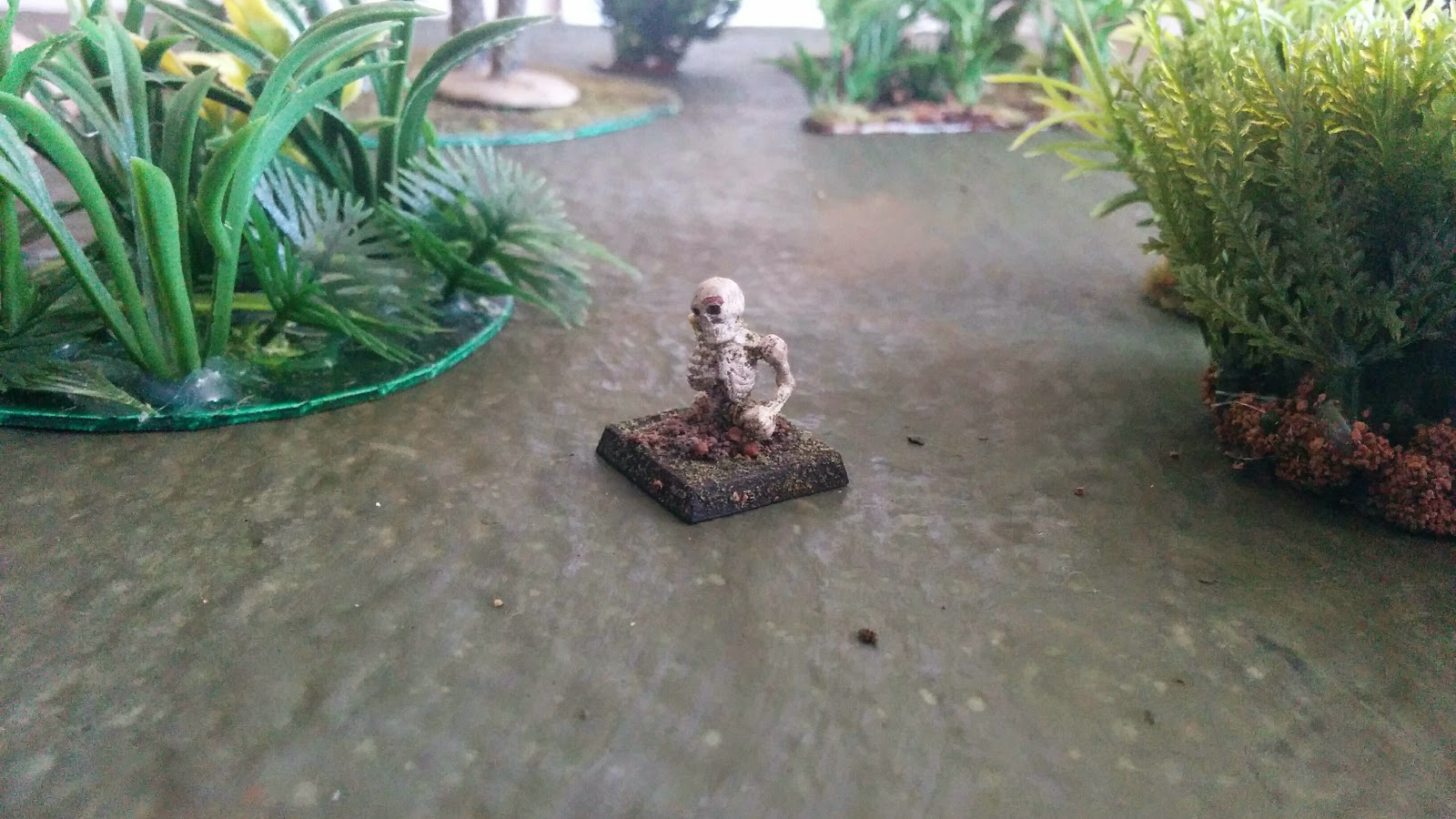 My Okkulten Forschungabteilung won initiative, so I deployed the first character and had the first turn. I placed Black Sascha, my leader, and Gertie, my sidekick, near to the shipwreck, with most of the others near the middle of the table, except for two Allies near the cave. Bryan had The Shadow on the beach and Mr. Wu in the lagoon, with Andre and his Allies and Followers close to the centre. 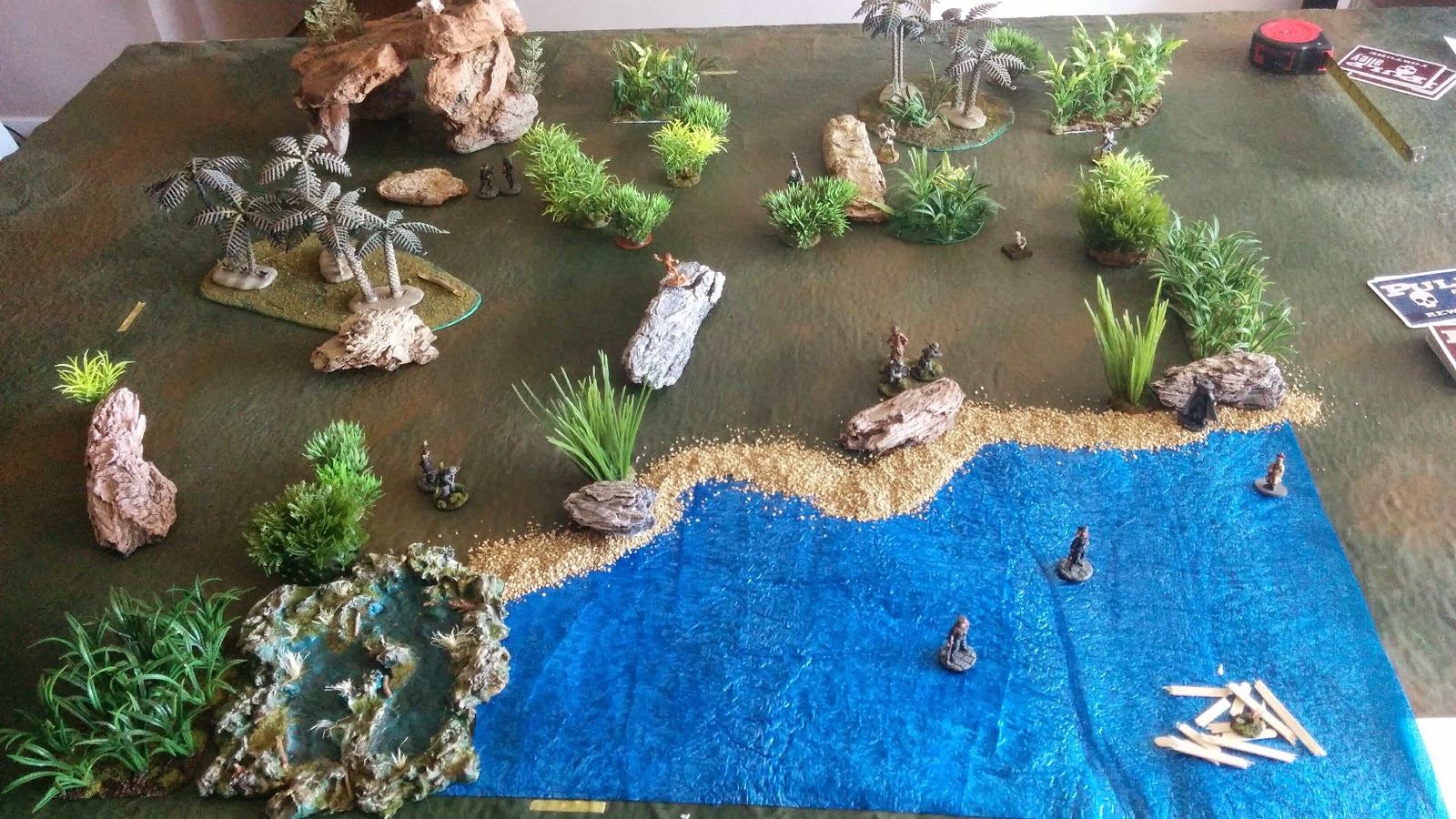 Black Sascha was able to snap up the lost journal pages in the first turn, while Gertie ran interference with Mr. Wu and The Shadow. Both teams' mooks mixed it up in the middle of the table, with two of my German troopers going down under gunfire from Bryan's follower. Andre was able to beat off Irma and another of the German troops in the middle of the table to grab the Native Fisherman. My two she-wolves at the back of the table moved in on the jug of Paganga Juice in the cave, but had a hard time picking it up. 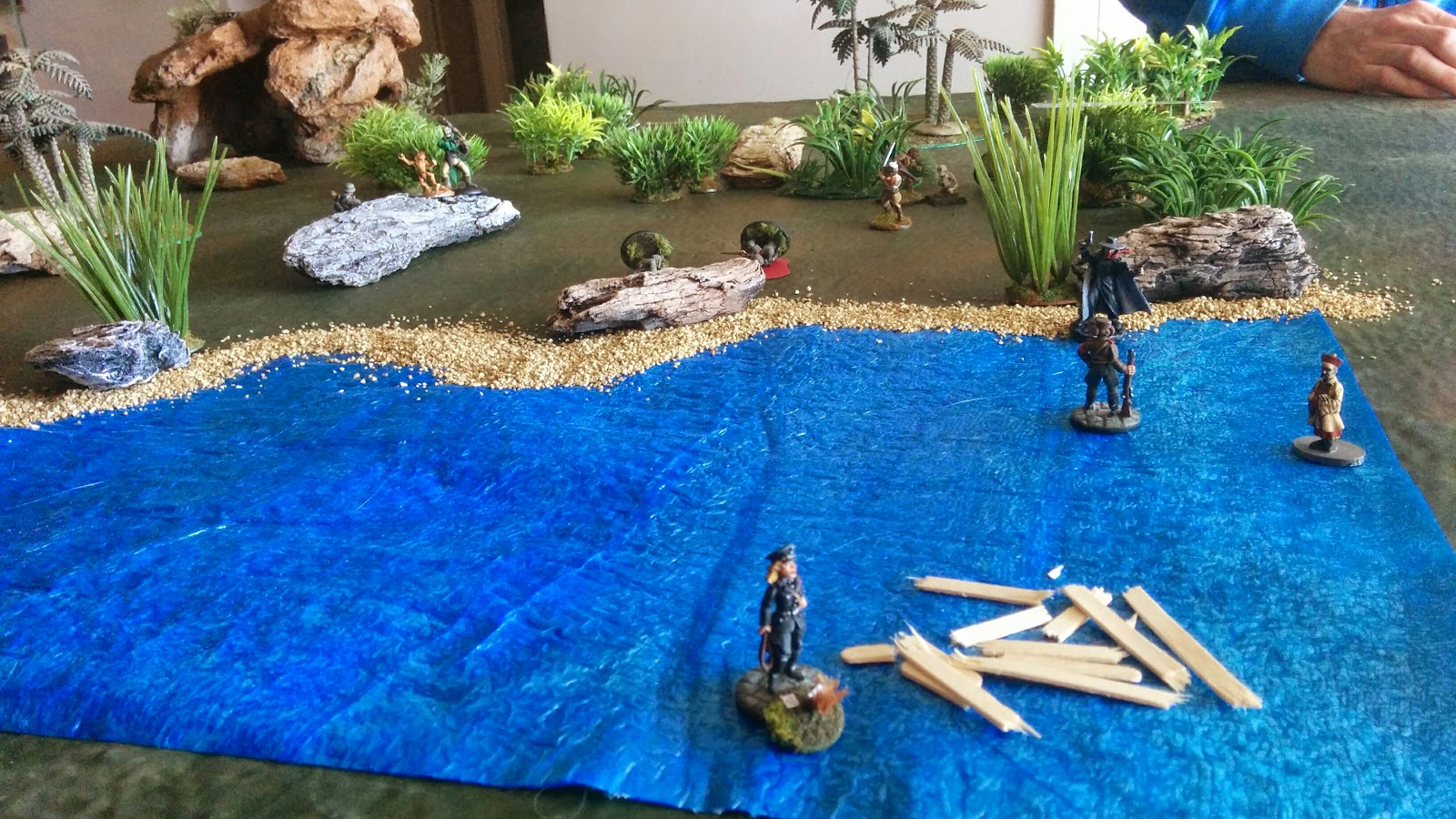 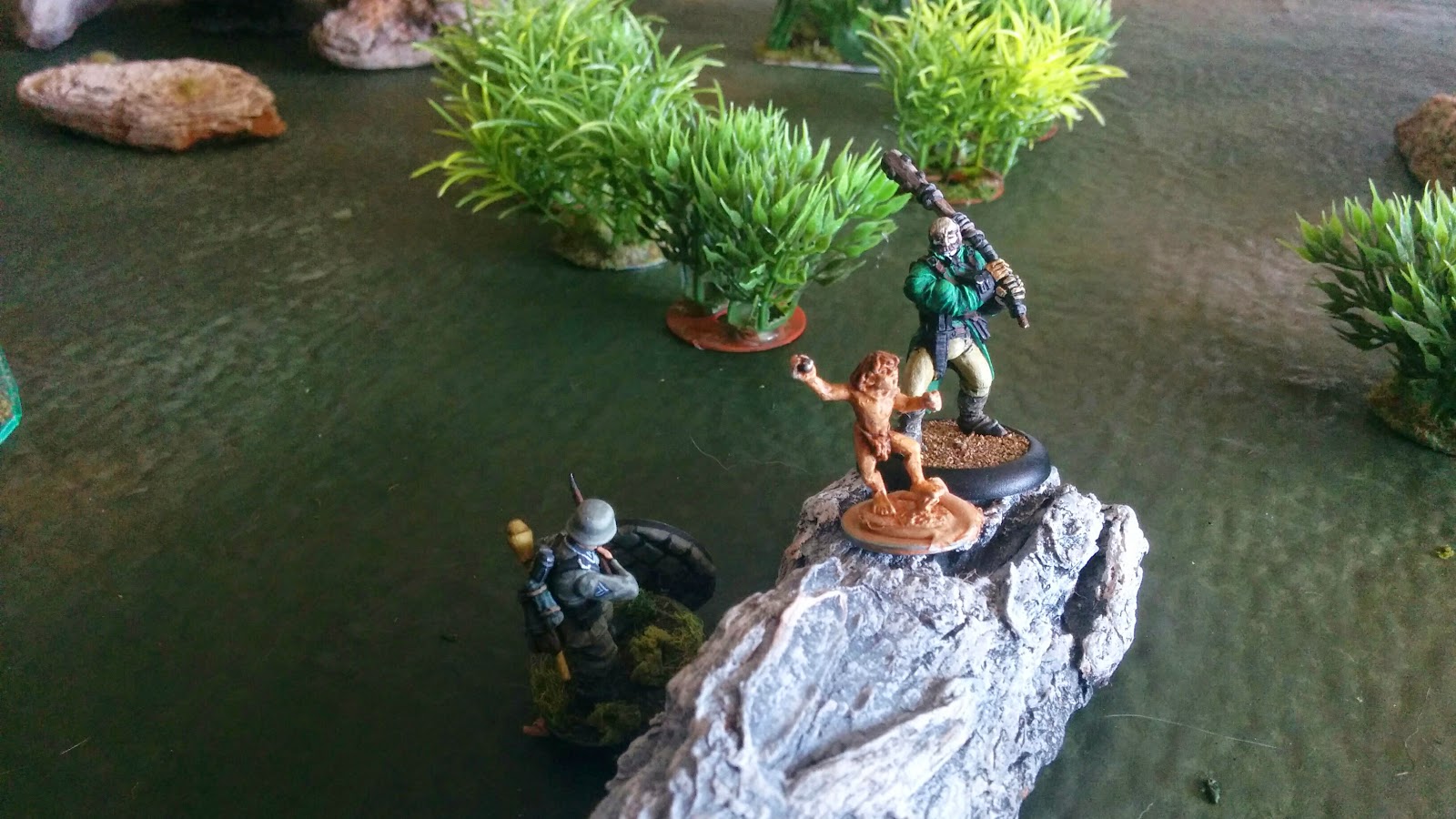 We had four turns of respite before the Lagoon Terror appeared. There were several candidates for the Terror to attack, but everybody scattered before it, leaving only poor Gertie to feel its wrath! Despite the Terror's unstoppable attacks, Gertie was able to stay on her feet until the very end of the last turn.


Meanwhile, fighting continued throughout the rest of the island. Black Sascha was cut off by Andre as she tried to leave the lagoon and they fought for a few rounds, but BS was at last able to push him away and activate her experimental jetpack, flying to safety with the journal pages.

Most of my mooks were taken out by some fine shooting by one of The Shadow's low-level henchmen. I had one native follower, though, who managed to run around him, snatch up the Mysterious Remains, and take off. These two characters spent the rest of the game running across the board, with The Shadow's mook taking shots at the native every turn, and the native managing to dodge away or shrug off the damage every time. The native was still in possession of the remains at the end of the game! 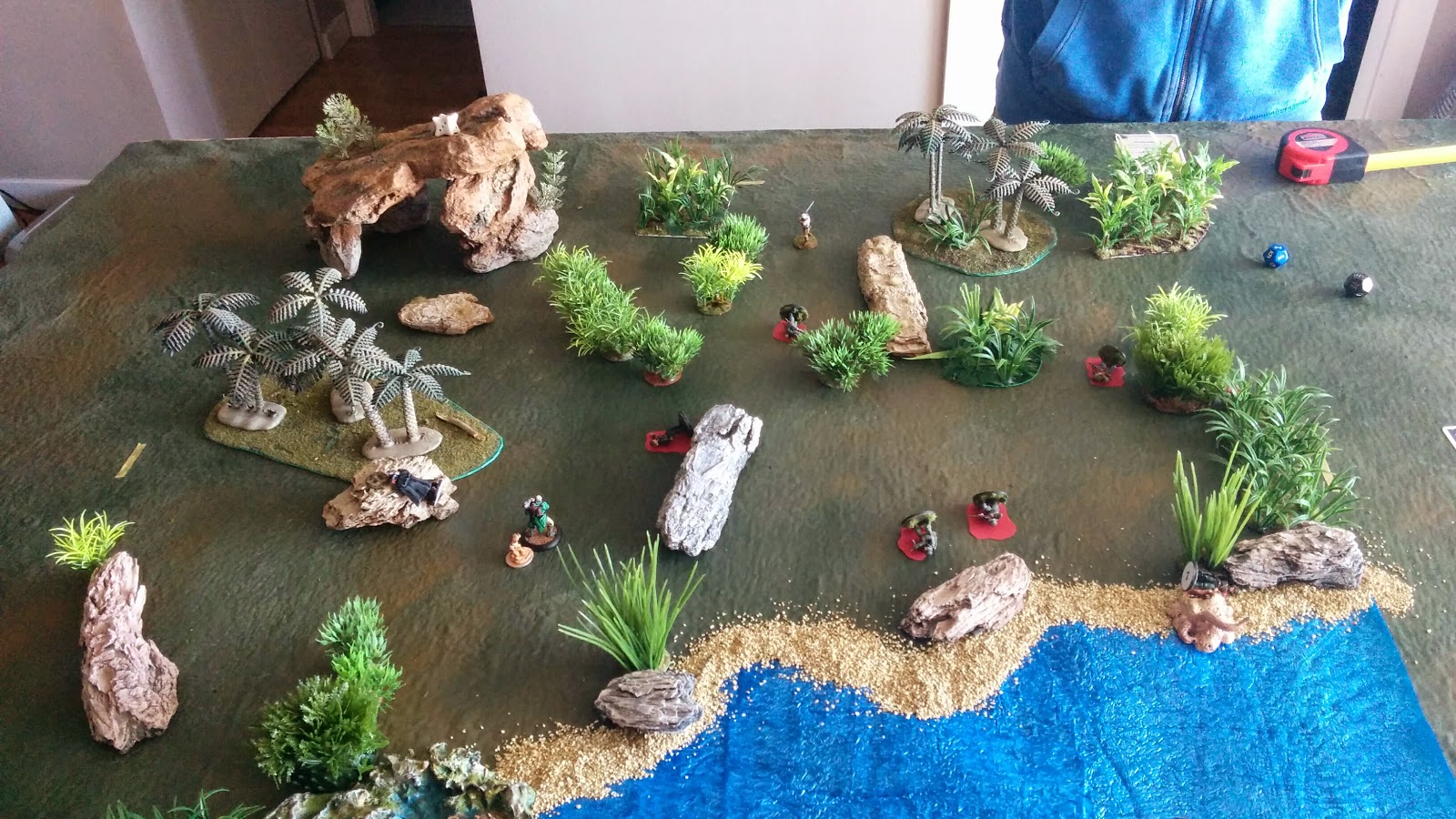 The Shadow was able to extend the scenario by one turn, which gave him time to pick up the Perilium from the rock outcropping nearby - with a little help from Andre. 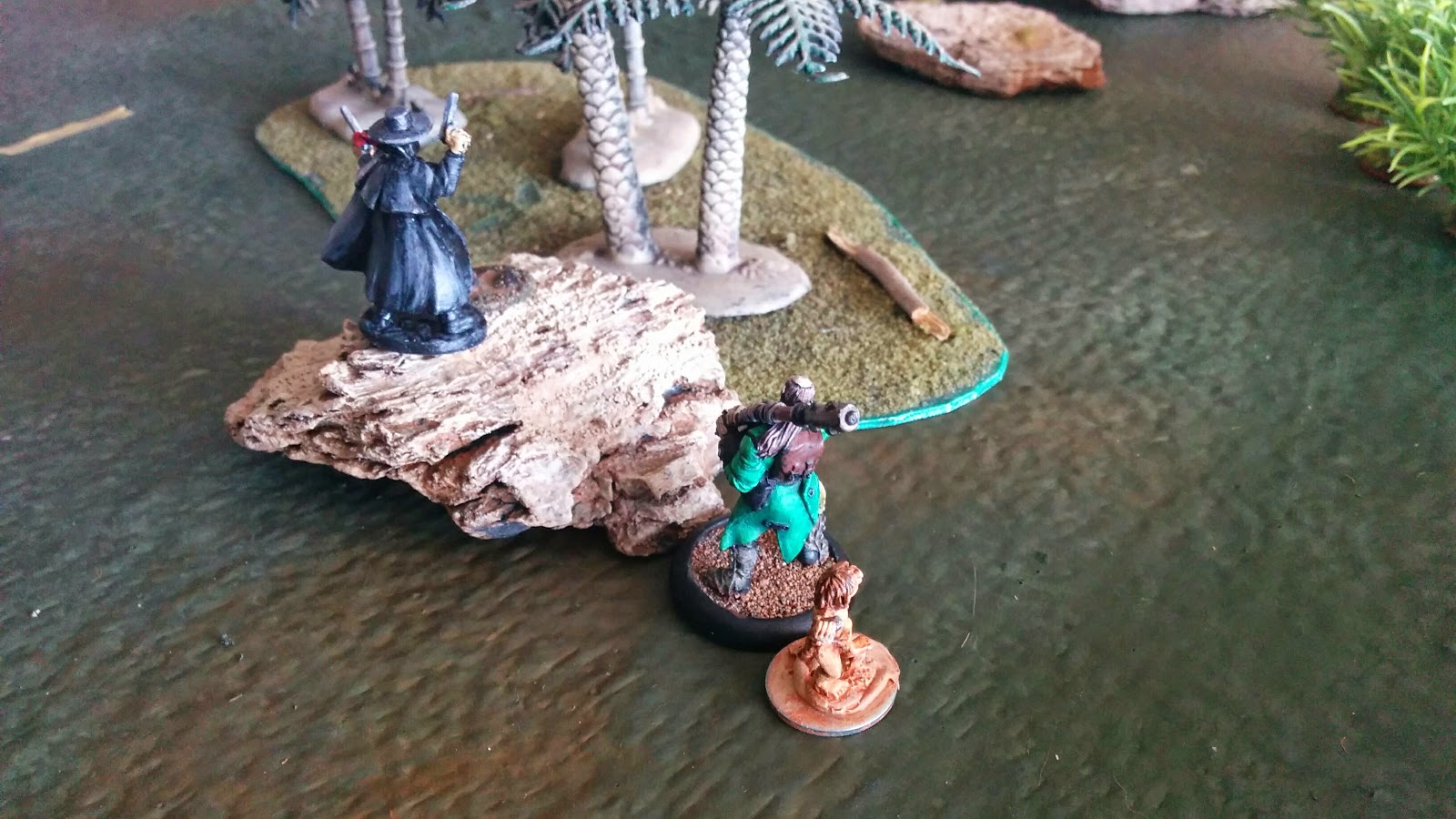 There is a list of three or four generic Perilous Island adventures to do next, which (unlike the scenarios previous to this one) can be played multiple times. When any league has four pages from the lost journal in their possession, we proceed from the generic scenarios to the three finale scenarios. At the end of this scenario, the Okkulten Forschungabteilung holds 2 pages, so I better not collect any more for a while if we want to be able to play all of the generic scenarios!
Posted by cam at 09:51